Welcome to the first guest post on my blog and on Daddyhood Thursdays. I am so excited to share this space with a talented blogger and hands on father “Animesh”

My views on parenting are basis my experience as a Mother but I wanted to understand parenting from the other side, from the eyes of a father. Hence I decided to start a new section on my blog where fathers could share their experience.
And in my quest to do this, I approached Animesh because I knew how involved he is as a father and he was generous enough to share a part of his journey with me and my readers. The following is a write up by Animesh on parenting from the other side. Take it away Animesh!

The day I lost my temper forever

They say that as you grow older, your patience increases. I say as you get married, your patience increases. And once you become a parent, it knows no limit. I was a spoilt brat before my marriage and a very short-tempered one. It reduced to some limit after I got married but still it was beyond acceptable limits. I think, I became calmer when Yajas, now 19 months old, was born but, I underwent a complete change after this incident.

I don't know why and how I slapped him and I slapped him hard. First, he was shocked and then he started crying. I was also shocked and cried for hours for this act of mine. Anyway, we all had forgotten about this (at least I thought so) after a day so when he reminded me of my devil act once again. I was talking to my wife and Yajas was playing near me when suddenly I waved my hand. Though it was a normal act to explain something to my wife, he dodged himself and stood shocked. Initially, I could not understand why he did so but when I realized the reason behind it, I made a promise to myself. A promise to never hit him again, come what may.

When I had moved my hand, Yajas thought that I was going to slap him again and that's why he gave that reaction. This realization on my part was enough to make me think about all my acts. Our kids are very sensitive and we sometimes, knowingly or unknowingly, do few things which may leave a permanent impression on their minds. My hitting was one of them and there may be several other acts which might shape his future and personality. I've been extra vigilant since then (and extra patient, too). Every word I speak and every act I do, I think of him. It has also helped me get rid of some bad habits (I better not mention them here :D)

By the way, when Sfurti asked me for a post on daddy-hood, I remembered that I'm one of those lucky fathers who happen to see their kids walking for the first time. I captured the moment and its worth sharing here :) 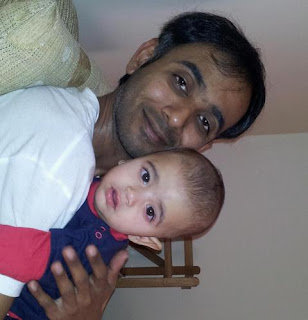 And
An IT Project Manager by profession and everything else by passion. An avid music lover with a graduation in Indian Classical Music. Love to play his Hawaiian Guitar (Lap Steel Guitar) and a passionate writer. 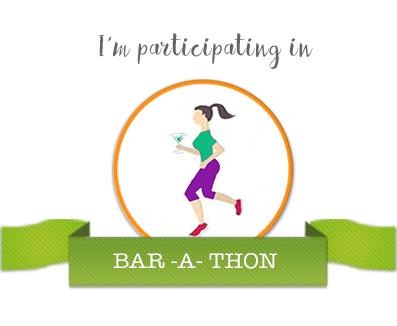 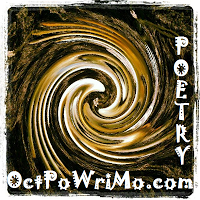 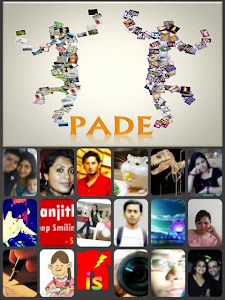